Edward R. Rosick is a writer and physician living in the urban wilds of central Michigan. His diverse works of speculative fiction, from the sublime to surreal, have appeared in numerous award-winning magazines and anthologies, including Pulphouse, Sick Cruising, and The Half That You See.

Dr. Rosick is also an accomplished non-fiction writer, having authored hundreds of articles on nutrition, health, and wellness and the book Optimal Prevention, which details common-sense ways to fight against the 5 most common killer today. When he's not reading, writing, or seeing patients, Dr. Rosick enjoys spending time exercising, doing martial arts, and being outdoors with his family, friends, and hyperactive Labrador Retriever.

It has been an interesting 10 months since the release of DEEP ROOTS in February, 2022. After having done significant marketing for the book, including multiple blog appearances and radio/newspaper interviews, I came to find out that the (former—more on that in a moment) publisher of DEEP ROOTS decided, for whatever reason, to not pay me my royalties. Therefore I requested, and was granted, all rights back so as of today, it again has no publisher. But I’m sure I’m not the first author to deal with this type of situation and unfortunately, probably not the last.

So now what? Now I have the chance to evaluate the manuscript and see if there’s any changes I can make to transform it into an even better novel. I do intend to change the title (so as not to confuse readers when the new and improved edition comes out), have my talented cover designer (my daughter) tweak the cover, and then either look for a new publisher or self publish. Regardless, DEEP ROOTS—in some form and name— will be available again, so if you haven’t got your copy yet, stay tuned!

Thirty year old Kevin Ciano, just released from the Fairview State Penitentiary in northern Michgan, is trying to find his way back into society on the unforgiving streets of Detroit when he develops a painful, odd-shaped lesion on his shoulder, next to the tattoos and scarifications that were forced on him in prison.

At first, Kevin ignores the strange growth as he works on rebuilding his life and embarking on a new relationship with Sheri Musgrave, a member of the up-and-coming performance group, the Motor City Fire Masters. But Kevin’s hope for a brighter future are shattered when more lesions appear, followed by the bloody emergence of painful, hair-like projections. As Kevin’s life spins out of control, the answers he seeks will force him back to Fairview for a confrontation with the one person Kevin swore he would never see again and change Kevin’s life…forever.

Deep Roots is set in the decaying urban heart of Detroit, where the horror is not just what lies above the surface, but rooted deep below. 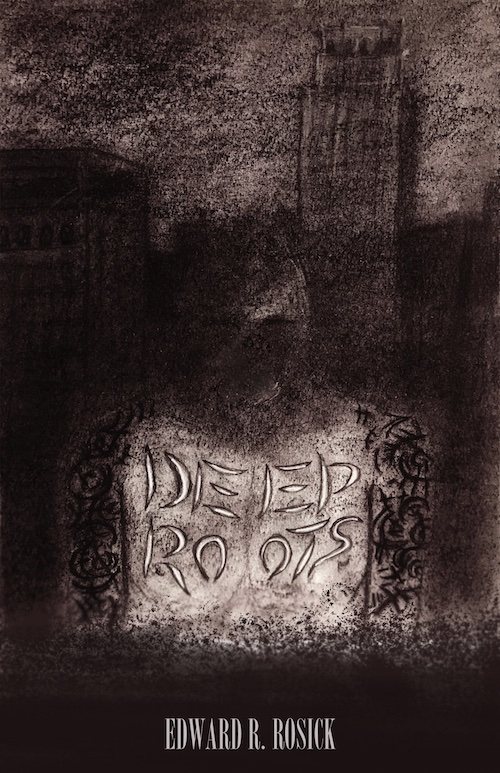 I was interviewed on THE radio talk show of Michigan mornings, The Big Show with Michael Patrick Shiels. We talk about Deep Roots, Elmore Leonard, and growing up in Detroit. Take a listen!

WHAT PEOPLE ARE SAYING

Rosick's repellent characters in "Deep Roots" leap off the page — and the sins of their pasts play out in the most literal and horrifying of ways. I was hanging on until the very end.

Edward R. Rosick's novel, Deep Roots, brings body horror to weird new levels. It is genuinely unnerving, with an engrossing narrative that doesn't allow you to sit still without squirming. Rosick is a writer to watch!

Author of The Beasts of Vissaria County

Make no mistake, Deep Roots is brutal and unpleasant. It'll make you squirm, it will haunt your nightmares and make your skin crawl. But at the same time, there's humanity here, rising up against implacable odds. A tale of disenfranchisemnent and survival in the face of horrible adversity.

Ed Rosick seems intent upon becoming a peculiarly 21st Century American-Heartland version of the great British horror-meisters of the 20th Century -- with the added distinction of some of the creepiest physiological twists I've encountered.

Award-winning & best-selling author of Onyx, The Book of Lies, and Pursuit: A Victorian Entertainment

This book is a wild rollercoaster ride and following Kevin is like being in a car with a drunk driver. His out-of-control temper and lack of common sense make for a character that the reader won’t feel sorry for but will make one wonder what will happen to Kevin. Enjoyable, yet creepy and weird, Deep Roots is perfect for fans of Stephen King and the likes.